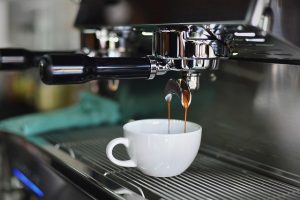 When Jacob, the youngest of Phil’s three sons, joined him in 2005, the Philz was a small coffee bar. He encouraged his dad to expand the business. As a result, Philz opened three more branches in San Francisco, along with another one Palo Alto. The expansion came in at the right time as San Francisco was then fast booming into the technology hub of California. As Jacob expected, Philz Coffee soon became the go-to place for students, locals, techies, and the Bay Area tourists.

According to Forbes business estimates, Philz has a turnover of around $50 million per annum, which comes to approximately $1.8 million per month. This is far better compared to Starbucks’ monthly revenue, which approximately stands at $1.2 million. Apart from selling coffee, Philz sells coffee beans on a wholesale basis to companies such as Twitter, Apple, and Salesforce, which ensure a regular income to the coffee shop. 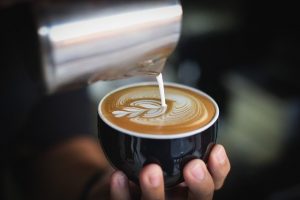 As more and more coffee shops started popping up in the urban areas, Philz Coffee has positioned itself to challenge Starbucks’s likes by serving only customized coffee instead of machine-made expressos. At Philz, you will not find any coffee brewing machines that serve your normal pour-over coffee. Instead, you will find various in-house blends made of grounded beans such as Phil’s own highly caffeinated Tesora, Jacob’s Wonderbar, and iced Mint Mojito, among others.

This is why you can find people at Philz waiting in a long queue to get their favorite fix served even though it charges them more than double what Starbucks does. Jacob is now planning to launch some more branches in Washington, D.C., New York, and Boston so Philz can reach a total of 1000 stores in the country, and thus ‘disrupt’ the existing coffee business for good. According to Jacob, Philz is more of a people’s business compared to a coffee business. And rightly so, after all, the coffee here is served on a cup by cup basis, depending on the individual customer’s taste!